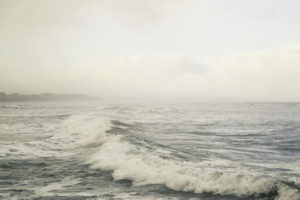 You may have read our post on stabilizing seawalls a few months ago. But what about raising them?

twitteringly As ocean levels begin to rise due to global warming, it will become more common to raise seawalls to help combat flooding during high tides.

buy Lyrica canada Seawalls help prevent erosion of land area or damage to structures by placing a barrier between the sea and land. This helps prevent damage to structures from wind, wave and tidal forces. Typically, seawalls are curved or flat-facing, and can be built using gravity retaining walls, cantilever retaining walls, and pile-supported retaining walls. Seawalls are usually constructed of concrete, but in the past stone was used due to its durability. Stone is also used as rip-rap in front of seawalls to prevent or minimize scour as well as reducing wave energy.

Often, seawalls will incorporate a sheet pile cutoff into their foundations to guard against undermining and promote stability. Seawalls can also be designed and constructed to allow tidal surges to flow both ways through the walls.  This feature prevents large water pressures from building up behind or in front of walls during the tidal cycle.  Erosion of soils from behind the walls can often be caused by this tidal variations, unless specific drainage features are incorporated into the seawall design.

We’re currently working on a project that involves raising a seawall located in one of our local coastal communities.   Due to rising sea levels, the municipal building department mandates that the seawall heights be raised to better protect the property behind the wall.

Our team determined the existing wall structural conditions, and then designed the structure connection between the new seawall height extension of about 18 inches.  This new extension will prevent overtopping of the seawall during high tide events.

Have you had to raise a seawall on your property? Let us know how went in the comments, below.

Need help figuring out how to get started with your project? We can help!