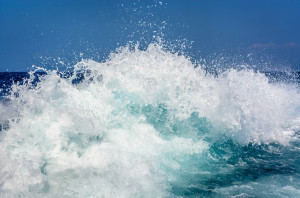 For those who live on a coastline, the sea can be a beautiful sight to wake up to. But as beautiful as it is, its awesome power can be harsh on manmade structures. Unfortunately, you can’t always see the damage before it is too late. Periodic engineering inspections can prevent many problems.

People have worked tirelessly to keep back the elements of the ocean and improve the safety of homes exposed to it. One of the first lines of defense is the bulkhead, or seawall. The use of seawalls goes back thousands of years. Did you know there were seawalls during the time of Constantine I and Byzantium? Things have come a long way since then.

Seawalls help prevent erosion of land area or damage to structures by placing a barrier between the sea and land. This helps prevent damage to structures from wind, wave and ice forces. Typically, seawalls are curved or flat-facing, and can be built using gravity retaining walls, cantilever retaining walls, and pile-supported retaining walls. Seawalls are usually constructed of concrete, but in the past stone was used due to its durability. Stone was also useful for avoiding scour as well as reducing wave energy.

Often, seawalls will incorporate a sheet pile cutoff into their foundations to guard against undermining and promote stability. They can also include methods to avoid overtopping of waves and drainage issues – allowing seawater to return back to the sea without damaging the structure.

Helfrich-Associates is currently working on a number of seawalls along the California coastline. Usually, we’re asked to work on projects where either a property owner is concerned about the seawall on their lot, or as part of presale investigations during real-estate transactions.

Concrete seawalls should be inspected every 6 years, and timber structures every 3 years. Our investigations often start off as an above-water visual inspection, done at low tide along the mudline. We examine the design of the bulkheads, including evaluating if they are plumb, any corrosion of existing components or any signs of settlement or soils loss behind the bulkhead.  There can also be issues with burrowing fish and certain types of worm that eat away the support timbers often placed behind the bulkheads.

We’ll also assess each component for damage. Typically, the damage can include corrosion such as rusting or cracking and sinkhole issues behind the concrete caps of the seawall. In later stages, during an underwater inspection, we’ll investigate whether or not tidal flow has pulled sediment away from the wall. Underwater inspections can be hazardous due to the elements, so we use specialized diving techniques to facilitate diver and team safety.

If armor stone is present, we’ll check the stone to ensure it is correctly placed and that it has not been replaced with unplanned deposits. We also check to make sure that if pile foundations were used, they are not exposed by scour or undermining.

To make repairs, we recommend reinforcing the bulkheads with helical piers, as well as excavating and using steel mesh behind the bulkheads to prevent sand from leaking out. These repairs vary depending on the type of seawall.

Are you having trouble with your seawall? Need help evaluating a seawall prior to purchasing a property? We can help! Contact us today to find out what we can do to help you secure your seawall.