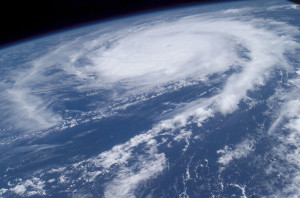 http://yaneslab.com/deployment-config.json As we get closer to California’s rainy season, which is usually between November and March, meteorologists are warning of a record-breaking El Niño. El Niño is a warm weather pattern that can cause heavy rain in the Pacific Ocean and surrounding land masses, such as the Pacific Rim countries, including portions of the Western United States.

Kangar Over the last six months, California has experienced several major rainstorms. While this has been great for our rain-deprived residents, it’s wreaked havoc on the parched landscape created by the state’s record drought.  In fact, the drought has caused the soils to dry out, leading to surface cracks that will fill with rainwater.

This is especially true in the case of the storm that passed through the state a few weeks ago. The Los Angeles Times reported that according to Daniel Swain, a Stanford University climate scientist, the storm was “the result of a cutoff low, a slow-moving low-pressure system that gets pinched off from the jet stream and starts its own unpredictable trajectory” and that “warm ocean temperatures — about 75 degrees on Thursday, at least 5 degrees above normal — produced more water evaporation and higher humidity levels. The storm system combined with the high humidity to create enough instability in the atmosphere to trigger the intense thunderstorms and torrential rainfall.”

This recent storm sent massive amounts of mud onto Interstate 5, trapping hundreds of vehicles in mud up to 20 feet deep, killing at least one person and stranding motorists overnight.

When that much rain passes through an area, we often get many calls from property owners about slope issues. These issues are caused by massive amounts of rain that move through an area that has been dry for a prolonged period of time.

As the rain water begins to accumulate and move across ground surfaces, it will find the path of least resistance which can be cracks in the ground caused by a lack of soil moisture. Because soil is expansive, dry conditions will cause it to shrink, allowing water from rain or other sources to enter the cracks and destabilize the soil.

When a hillside has cracks in the soil layers, water can enter the cracks. This creates pressure that pushes against the upper layers of soil, and assisted by gravity, and as a result the soil will move down the slope. This causes mudslides like the one that resulted in severe damage and loss of life on Interstate 5 between the mountain town of Gorman and Santa Clarita.

When we get calls about containing a landslide, also known as landslide mitigation, we work to assess the situation and stabilize the slope.

Designing a surface or subsurface mitigation system can help contain the movement of debris, such as soil and rocks.

Our team’s specialists will cooperate closely during the investigation and design phase, and in some cases develop a system of concrete piers, drilled, driven or helical anchors and surface drainage improvements to protect properties or areas from a landslide’s movement.

The movement, if not mitigated, can cause severe damage to existing buildings or prevent buildings from being constructed in the future.

Have you had to deal with damage from rain or landslides due to recent storms? Contact us for more information on how we can help you get back to normal.

Have something to tell us? Please leave a comment below.