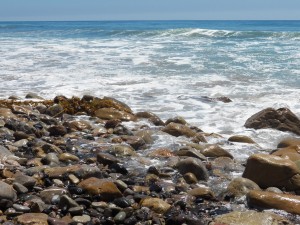 Landslide mitigation can help in areas prone to landslides, such as in Malibu, California. Image Courtesy Pixabay.com

The city of Malibu is one of California’s most beautiful coastal destinations. Located along the famed Pacific Coast Highway, the area is framed by the Pacific Ocean as well as the Santa Monica Mountains.

While coastal zones and properties are highly desirable, they can be difficult to build on. In part, this is due to erosion, rainfall, soil composition, and poor grading. Malibu has steep, clay slopes that are prone to landslides.

Some areas of Malibu are underlain by active and inactive landslides. Structures have been built on these landslides in the past, and have been damaged when the ground moves, usually following rain storms.

One of our firm’s projects took place in an area of Malibu that had been affected by a landslide. We were hired by our client to stabilize the property so that two custom homes could be built. These homes feature beautiful views of the Pacific Ocean.

What makes this specific project unique is that it allowed us to deploy much of the Helfrich-Associates team. This included our geologist, soil engineer, civil engineer, and structural engineer.

Containing a landslide, also known as landslide mitigation, requires stabilization of the slope. Designing an underground system can help with mitigation by containing the movement of debris, such as soil and rocks.

Our team’s specialists cooperated closely during the investigation and design phase, and as a result we developed a system of concrete piers and helical anchors to protect the proposed homes from the landslide’s movement. This movement, if not mitigated, would have caused the properties to be unbuildable. Our system allowed the client to safely move forward with building on the property.

To find out more about how Helfrich-Associates can help you with landslide mitigation, please contact us.

What do you think? Have you experienced difficulties with your property due to landslides? Let us know in the comments.