Dealing with Damage Due to Wind 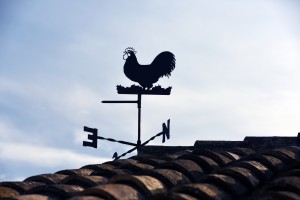 Damage due to wind can be extensive. Image courtesy pixabay.com

If you’ve ever been in a windstorm, you know that wind is a powerful force of nature and damage due to wind can be extensive. There are several types of wind events. One type of event, called a Microburst, is a downward burst of air from the base of a thunderstorm. Traveling toward the ground at nearly 60 miles per hour, they can increase speed to nearly 100 miles per hour when they hit the ground – causing extensive damage to buildings and trees.

Microbursts are usually formed when dry air combines with rain within a cloud formation. When the dry air causes the rain to evaporate, the temperature of the air lowers. The cooler air will drop down through the cloud formation, gaining speed as it moves toward the ground. If it falls through an area with a large and steady change in temperature, the cooler air will fall faster as the air around it becomes warmer and less dense near the ground. When the air mass reaches the surface, it travels in all directions at high speeds.

Our team has been working on a property in Southern California that sustained damage due to wind. In this case, a microburst lifted a 15-foot-wide patio cover in the property’s back yard up and over the house, separating portions of the roof from the property, raining debris down on the roof, and crashing down in the front yard of the property. In addition, the chimney and air conditioning system was also damaged.  Although the reported wind speeds were only a maximum of about 20 miles per hour, the damage could not have occurred unless then wind speeds were much greater.

The roof separated from the walls of the home by around half an inch when the structural connections failed. Luckily, there was no structural damage to the exterior and interior walls, and there was no water damage in the attic framing, roof sheathing, or ceiling insulation.

Dealing with the Damage

One of the first things we do with a project that involves damage due to wind is evaluate the property to see if we can make the needed repairs. At this property, the technical issue is that the roof was lifted by the wind. We need to evaluate and decide whether we repair it or replace the entire portion of the roof.  We often get involved when an insurance company needs an expert opinion in a dispute between the contractor and owners over what needs to be done to mitigate the damage done to the property. An insurance company needs an engineer with proven experience and supporting data to recommend an educated course of action. The data will be used to verify whether the roof needs to be removed and replaced, or if repairs can be made to the existing structure and roof.

For this project, we recommended to the insurance company that the property should be repaired, reattaching the existing roof, and restoring the building back to the way it was before the wind storm. The destroyed patio roof should be re-built, although the new patio structure will be designed and constructed to withstand design wind forces. This includes stronger connections for the post to beam and beam to roof connections.

The house roof can be re-attached to the exterior wall framing using structural fasteners, and does not need to be removed to make the repairs. Roofing, underlayment, and roof insulation, however, should be removed to expose the wall connection so that sufficient fasteners can be added to properly attach the roof sheathing to the exterior wall. Roof sheathing should be exposed above the ridge beam to install steel straps across the ridge at each rafter above the kitchen.