Red Tag Alert: View for Days Comes With a Price 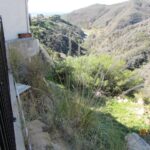 We were asked several years ago to consult on a “view” property in Malibu, California, that had been red-tagged (deemed unsafe for occupancy) due to earth movement and undermining of the house by a landslide that had occurred during the winter rains of 2004/2005. The client contacted us in May, 2015, after he purchased the property.

The house was vacant because it was unsafe, as part of the house was literally hanging over the landslide scarp. This property has experienced several episodes of slope instability starting in the late 1970’s. Why would someone buy this property, knowing that it would take many years and dollars to evaluate and repair?

The answer is simple: A breathtaking view of the adjacent canyon and the Pacific Ocean.

Our scope of services consisted of performing a detailed geologic and geotechnical study to determine what could be done to stabilize the home. Based on our analyses (initially submitted to the Los Angeles County Building Department in 2016), the house was proposed to be underpinned with six, 48-inch-diameter, approximately 60 foot deep, reinforced concrete piers.

We were in various stages of geotechnical and structural review with the building department for more than three years. During that time, several meetings with the plan reviewers and agency engineers were held to find a way through the regulatory system that could be used to approve a repair.

The biggest stumbling block for the agency approval was the fact that the property (and several others in the neighborhood) were in a semi-active landslide zone. The key to obtaining the approval was our detailed analyses that showed the stability improvements that were being provided to the building. Construction of the foundation improvements (and a minor remodel) finally started in 2019, and it is now nearing completion (more than five years after our client purchased the property and more than 15 years after the house was red-tagged). One of the conditions of the county’s approval was that the house building footprint could not be changed, and that the un-permitted swimming pool would be removed.

A word of caution: If you are considering purchasing a distressed property, you should call in an engineer before you purchase it. You’ll want to understand how long the process might take and how much it might cost before you sign on the dotted line. Patience with deep pockets is definitely a virtue in these types of situations.