WARNING: The Bridge Is A Tumblin’ Down! 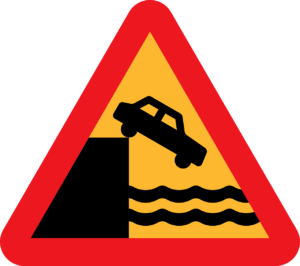 Appearances Can Be Deceiving 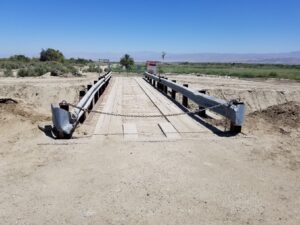 This bridge serves as access to farmland and a residence.  It looks safe from the road level, but at this point it is unsafe to use!  This is a real inconvenience for the farmers who need to access their crops and perform necessary tasks such as irrigation monitoring, fertilizing, harvesting and replanting.  The homeowners are bothered by this nuisance, which limits their safe access by car or truck to their property without the worrisome danger of a bridge collapse.

When we arrived on site, we made several observations about the bridge’s construction and pointed out the extent of the problems.  The bridge was built in the early 1990’s across a channel that normally conveys about one to two feet of irrigation water.  Annual rainfall in Thermal averages about 3.4-inches of rainfall, but it can be more severe with thunderstorms.

Take A Look Below At Damage 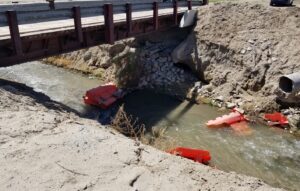 In March 2020, water overflowed the channel, and it caused severe erosion of the south embankment.  This erosion potentially has undermined the north bridge foundation.  The south abutment footing has been undermined by about 6 feet, based on our observations.  The bridge abutment foundation is about 10-feet long beyond the top of the channel slope. 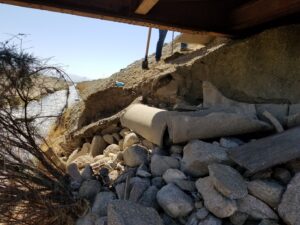 Our services will include preparing recommendations to restore the foundations and to restore the eroded channel slope. We have provided the client with a report of the damage and a plan to make the necessary repairs, which will include securing the necessary permit and approvals from local authorities. The work will require significant labor to repair the foundations and heavy equipment for the channel slope.  Design, permitting, and construction of the project is expected to take about 16 weeks.