What Should I Do If My Window Cracks? 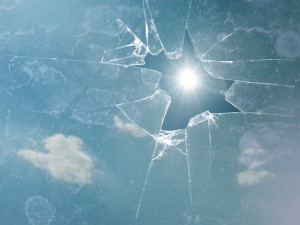 Recently we were called out to a client who’d just installed new windows in their home because some of the new windows, nine in fact, had cracked. The cracking was a bit of a mystery, as there had been no impact to the window itself prior to the crack appearing.

rencontre de kelly-hopkinsville So, what happened? In this case, thermal stress cracking is the likely culprit.

look at here now Thermal stress can happen when one part of a window’s temperature differs from another part. This can happen as the sun moves through the sky and heats different portions of the glass, especially if the glass is partially covered by eaves or awnings.

The most common time of the year thermal stress can occur is during the Spring and Autumn, where large night and day temperature fluctuations are more likely.

Another cause can be a change in shading conditions, such as a large shade tree being cut down, or shade changes due to a building being constructed adjacent to a home.

To start, we reviewed the temperature ranges for the area the home is located, as well as wind average speed and gusts, for December 2015 using the Weather Underground website. The temperature range varied from a high of 81 and a low of 37 degrees Fahrenheit. The average wind speed varied between a minimum of 0 mph to a maximum of 24 mph. with wind gusts to 38 mph.

We also reviewed extensive photographic evidence of the damage. After reviewing the photos, we knew this wasn’t a case of an impact break, because there were no spider cracks emanating from a single point, which would be evidence of impact breakage.

As a result of our investigation and all the factors discussed above, we gave the client and their insurance company our professional opinion that the cause of nine broken windows was thermal stress.

So, what could our client have done to avoid the thermal stress to the windows and prevent the breakage? The answer is that there isn’t a lot that could have been done. The cracking happened due to the glass’ tendency to expand and contract. Possible solutions could be to install a thicker pane of glass, or if the house was still being built, the owner could have worked with their architect to place the windows in places where the sun exposure would be less intense. There are also some window manufacturers that make glass in a way that makes it less prone to breakage.

Have you ever had a problem with window breakage due to thermal stress? Let us know all about it in the comments.

If you need help with your window woes, we can help. If your windows keep breaking and you don’t know why you can contact us and we’ll help you figure out the cause.