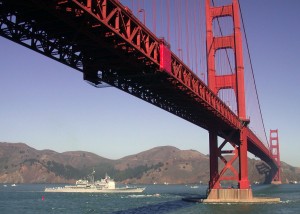 Leta and I recently attended the 2015 U.S. and Inland Empire Economic Forecast. Dr. Esmael Adibi, a renowned economist and advisor to California leaders, presented his annual forecast for the state’s economy. The event was sponsored by many groups and companies active in the construction industry, including homebuilders, engineering firms, and construction products manufacturers.

This was a great event that provided some clear insight on what’s in store for 2015 when it comes to California’s economy and its growth as it pertains to our industry.

According to Dr. Adibi, the challenges facing California’s economy are:

California’s overall economic health is predicted to increase by about 3% this year.

The housing market has steadily improved since 2009, with median home prices in the Inland Empire increasing by 69%. Housing stats (and construction jobs), although growing, are still not as high as 2006, before the recession began. Over the past several years, speculators (“flippers”) have greatly influenced home price appreciation, but they have reduced their involvement in the market.

Healthcare is one of, if not the, fastest growing industries in California — and is projected to continue growing for at least the next 20 years, especially as the Baby Boomers age and require more health-related services.

So, what’s the bottom line for the California economy in 2015? You can expect steady job growth and solid growth in the health care industry. In addition, mild improvements in consumer spending and slower home price appreciation are also predicted.

What do you think? Are you in the healthcare field in California? Have you seen an upward trend in the economy? Let us know in the comments.